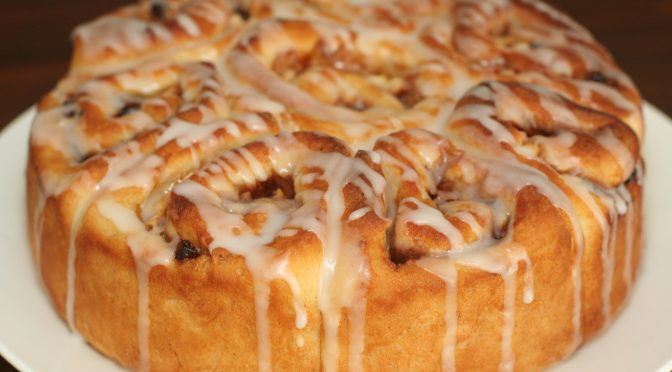 Tara Humphries, everydaywithallergies.com
This recipe is free from eggs, dairy and nuts.

These cinnamon scrolls are perfect for Christmas brunch with a soft, sticky, fruit centre. They smell, feel and taste as good as those from your local bakery.

Place the warm milk, yeast, and sugar in a bowl. Stir until combined and the yeast dissolves. Set aside in a warm place until foamy.

Sift the flour and cinnamon into a large bowl. Rub in the margarine until mixture resembles breadcrumbs. Add the yeast mixture, warm water and egg replacer. Stir to combine. Cover and set aside in a warm place for 1 hour or until doubled in size.

Once the dough has doubled in size turn it onto a floured surface. Knead for 5 minutes or until smooth. Roll out dough to a 25x30cm rectangle.

Melt the margarine and brush three-quarters of it over the dough.

Sprinkle the dough with finely chopped apple and sultanas. Combine the brown sugar and cinnamon and sprinkle over apples and sultanas. Starting from the long side, roll up the dough and topping like a Swiss roll.

Grease a 23cm springform cake tin and line with baking paper. Cut the roll in half and then cut each half into four equal slices. Place scrolls, cut side up, in the prepared tin. Brush the remaining margarine over the top of the scrolls. Cover and set aside for 25–30 minutes in a warm place until scrolls have increased in size by a third.

Preheat oven to 180°C. Bake for 20–25 minutes or until golden and hollow-sounding when tapped on top. Cool in the tin for 15–20 minutes, then transfer to a plate. 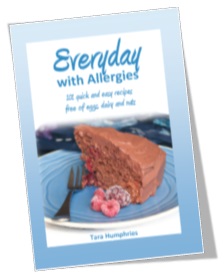 Helping you confidently cater for allergies in your family